Sampad is celebrated its 25th anniversary with a thrilling line up of lively entertainment that featured outstanding music, dance and spoken word artists from Birmingham and beyond. Established in 1990 by Piali Ray OBE, Sampad has played a significant role in helping to establish South Asian arts and artists within mainstream culture in Birmingham and across the UK

Sampad’s 25th anniversary gala took place at the state-of-the-art Bramall Music Building in the University of Birmingham campus. The family-friendly show was in the spirit of looking back to look ahead, and celebrated many of the achievements and highlights from Sampad’s 25 years, along with many of the artists and luminaries who have been part of its journey – including visionary Kathak dancer/choreographer Nahid Siddiqui, renowned Bharatanatyam performer Chitraleka Bolar, award-winning alto-saxophonist Soweto Kinch and much sought after contemporary/classical British dancer Aakash Odedra, who won wide acclaim for his stunning double-bill ‘Murmur and Inked’ which premiered at International Dance Festival Birmingham in 2014.

“Over the course of 25 years Sampad has flourished into a dynamic multi-arts and heritage organisation which embraces and celebrates today’s intercultural opportunities in Birmingham and the UK as well as worldwide. We believe in the power of arts and heritage to impact widely on all communities; breaking down barriers, raising important issues, amplifying unheard voices and bringing people together. As we mark our Silver Anniversary, we look forward to continuing our work towards securing the future of the arts, by investing in artists who will help shape the course of the next 25 years

Recently, Sampad’s international writing competition series Inspired by… triggered nearly 2,000 entries from aspiring writers across the globe. The organisation has also broken new ground with its digital placement scheme which, to date, has allowed more than 70 creative professionals to boost their digital skills and practices at leading European institutions.

In 2012 the organisation was commissioned by the Cultural Olympiad to produce two large scale shows – Moving Earth and Mandala, with the dazzling multimedia spectacle of the latter providing the dramatic celebrations for the final weekend of the prestigious London 2012 Festival.

Go to Jas Sansi’s flickr feed from the Gala for back and front stage pictures that capture the event beautifully. 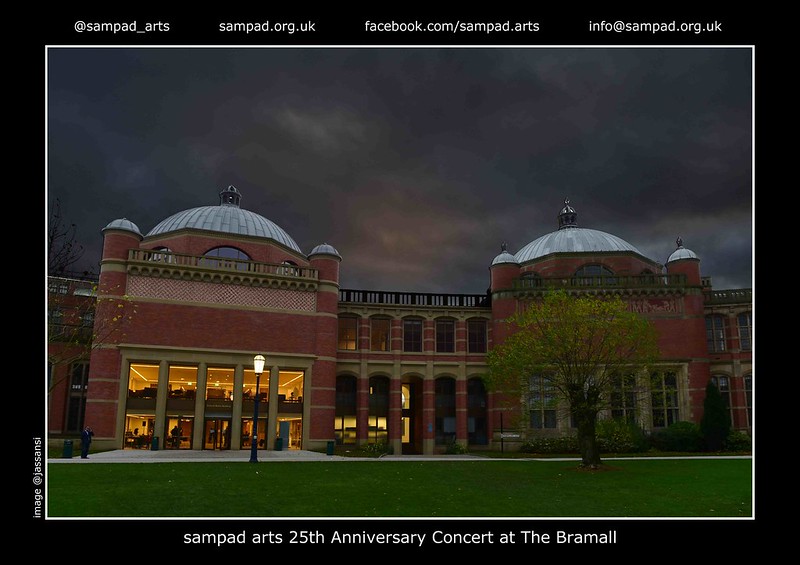