Wolverhampton, Coventry, Staffordshire and Mac Birmingham. Out of the cold inside the gallery is warm and full of people to see the new works adorning the walls and a number of sculptures and video arts. 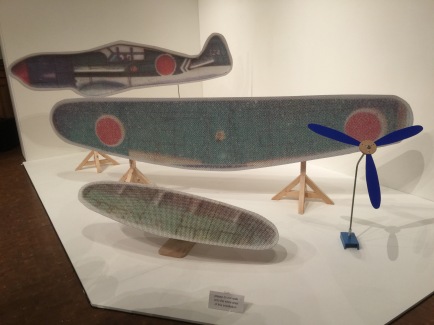 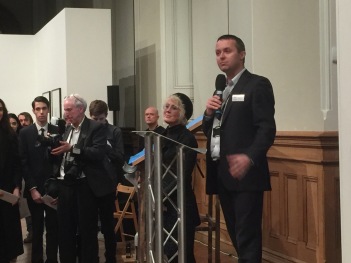 Since John Butler is stepping down from the Chairmanship, vice chair Toby Watley  took the mic to give thanks to all those who have supported the exhibition including Rachel Bradley who was hiding in the crowd!

Wendy Law took to the stage to celebrate the great breadth of work and talent represented. She invited 5 artists to  come up and receive a prize of £1000 .

The High Sheriff tweeted the ‘Good’ artists which was commented upon from Rotterdam – with refreshing support.

Part 2 from the MAC in the next few days