Darren Henley CEO of the Arts Council visited the West Midlands last week to see the MotionHouse performance of Broken at the MAC.  Prior to the show he got a sneak preview of the TPWM show in the upstairs gallery 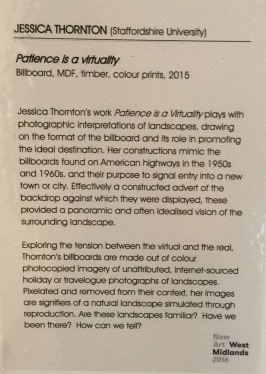 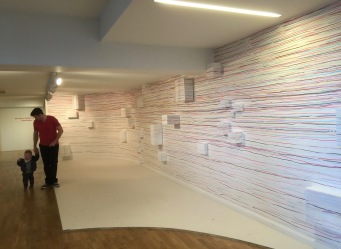 Elsewhere, the groundfloor gallery was converted into an array of colour with CMYK by Claire Buckerfield from Wolverhampton Uni. 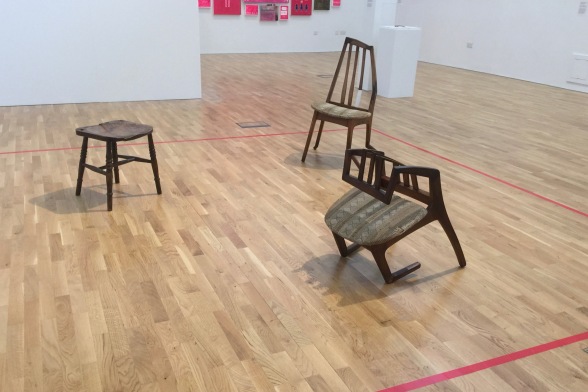 Tina Mirsharfi presented her insightful piece on identity with 7 photographs hung on a piece of wood. The images enable the viewer to reflect on identity and and Authenticity. 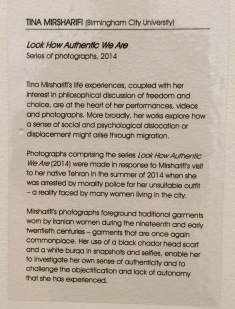 One corner of the show is dominated by a mushroom cloud of hair created by Eleisha Gordon from Birmingham City University.

Next to the scuplture is her 2nd Afro Politics video piece also focussed on hair and ‘Blackness’  which uses a split screen approach and a soundtrack that accompanies visitors as the spend time reflecting on the work. 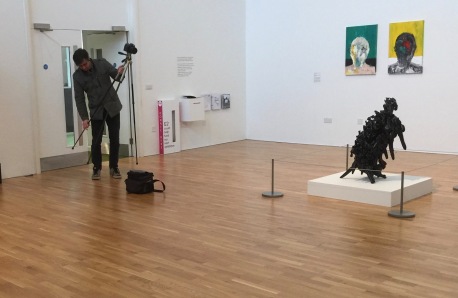 While in the Gallery I got talking to an assistant who has witnessed some great shows since the MAC gallery opened 6 years ago after the building refurbishment.  As we chatted a young man set up his camera and tripod in the gallery entrance.  Kevin enquired whether he was a professional?

To which the young man replied – “well this is my work.” pointing to the large colourful firey photograph that encourages you into the space. This was Luke Pickering’s Anthropoicene – a photograph made up of over a 100 photographs with lots of detail that rewards repeated viewing. 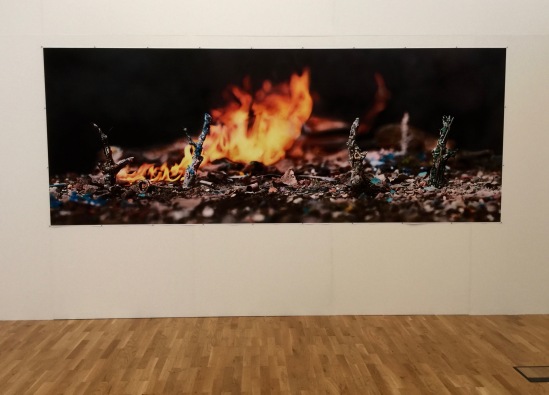 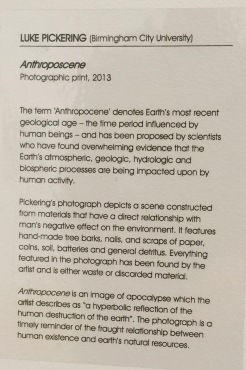